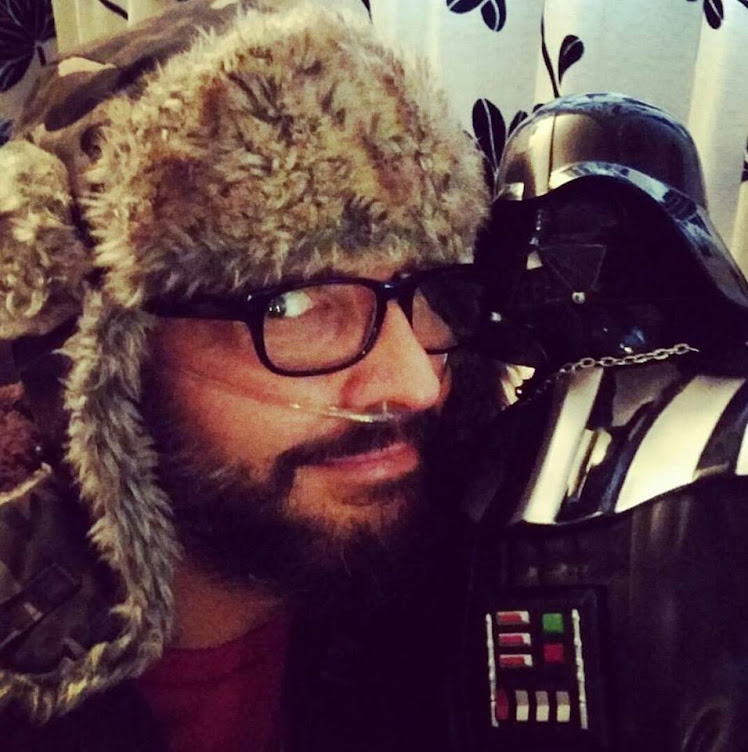 This latest blog isn't going to be particularly in-depth about an aspect of living life with CF. It's more a statement about life and what life is really about. Deep huh? It's going to be one of those blogs that will probably come as a shock to people who read it (Andy has actual feelings - shock, horror!).

About three years ago, I was reeling from a break up with someone I was on and off with for about two years. At one point I decided to dip my toe in the realm of online dating which was overall a nightmare as in my opinion, most people who online date are completely emotionally damaged for the most part and batshit crazy.

Don't get me wrong, there are diamonds out there on the t'interwebs, but overall it's just a huge NO for me.

And that's what this blog is about: the person who walked into my life that is a diamond.

I didn't realise it at first, I took her and her feelings for granted and in all honesty didn't believe her intentions were true. You see, for all my confidence when it comes to life and women in general, pretty much every woman who has said all the nice things that we all want to hear has inevitably fallen short of proving them with their actions at some point so I've been hesitant to believe them.

That's not to say all my exes have been bad, just most of them have.

Also, when you throw into the mix societal pressures regarding gender roles in relationships, 'men must have a job' and 'you must be able to have kids' and so on (a lot of women are incredibly shallow and fickle these days), being an adult male with CF is quite troublesome at times and as a result I was simply too scared to believe my diamond was genuine. I mean why would any woman be seriously interested in a man who can't work anymore, can't naturally have children and most of all who would want to love/risk loving a man where there is a good chance that they will die at some point in their relationship/life together?

That is the absolute truth of the matter but what a fool I was for thinking that bullshit eh?

I believe fear is mankind's worst trait. Quite simply put it holds us back, it denies us so much in life, so many good things that many more people would experience if they just had the balls to acknowledge it, process it, and laugh in its face.

I know I like to sing and dance about being awesome all of the time but the brutal truth is that at times, I am just as guilty of being as weak and fearful as many people are these days.

To her absolute credit, my diamond stayed in my life and I now absolutely couldn't imagine it without her. She's never faltered once, doesn't care that I have Cystic Fibrosis or that I am unable to work anymore as a result and has been steadfast in showing me how much she loves me over and over again. She's been there for me when I've been seriously ill, happy, sad, grumpy the whole nine yards and we've also shared some really great times together too. In short, she's the only person who has ever truly made me feel like being 'me' is acceptable and when we spend time together it is as though the rest of the world and its problems just don't exist. She's been completely infallible.

That's a very special thing indeed. It's that thing which we read about and see in films and cultural narratives/discourses. And its that thing which many people search for their entire life but unfortunately never attain or find.

I've recently decided to face how I truly feel about her, and she knows this, because quite frankly and as much of a cliche it is life is just too bloody short and I'm bored of pretending and lying to myself, and most of all lying to her.

You don't take for granted what we have and regardless of the fact that if this particular part of my life has an happy ending or not as that is up in the air at the moment, then I know I won't ever take her or her feelings for granted ever again.

In short, what I want to say is don't be scared to love people, or BE loved by people. It's incredibly hard at times I agree as so many are not true to their words these days which I have experienced over and over again, so if you're lucky enough to find a diamond who is then grab it and cherish it. Your life will be enriched infinitely.

If my diamond is reading this then I just want to say thank you, for being you.

Oh, and to everybody else I'm not having an emotional breakdown or anything or turning into an emo.